We generally try to keep our posts quite ‘light’ and, perhaps, protect our supporters from the reality of some of the situations that we discover and deal with.  Over the many years of involvement, we always hope that the situation is improving but the last few weeks have been particularly challenging and we wonder where it’s all going.

The Greek government are always keen to pass laws regarding animal welfare but we have to wonder who is going to implement them.  This week’s announcement is no exception and it has resulted in crisis for many shelters because there has been mass abandonment of dogs in particular.  Just one shelter which we support had 17 starved hunting dogs dumped outside on ONE day and, over a 3 day period, 35 unwanted puppies.  We are posting the details of the laws which we hope you will read and make your own judgement as to their effectiveness.

Coincidental with the implementation of the new ‘animal welfare’ laws, the deputy mayor of Sparta was arrested for serious animal abuse at two of the Municipal shelters.  The Greek group Save a Greek Stray discovered and photographed the horrific conditions that the dogs were kept in and, although they removed 44 very sick dogs which they took to their shelter in Athens, another 400 remain.  These dogs are, however, now being cared for and we intend to support them as best we can.

However, we are currently receiving requests for support from all over Greece as, like here, the cost of living is rising on a daily basis and our colleagues can’t afford to feed their animals.  Even the price of pasta, on which many survive, increased by over 60 percent in one day.  THIS IS A VERY SERIOUS SITUATION AND WE ASK FOR YOUR SUPPORT PLEASE.

The Greek Parliament approved a new law on pet ownership on Wednesday, which PM Kyriakos Mitsotakis said will create rules so that no animal “will be abandoned, or abused.”

“Greece is changing and is finally adopting a modern legal framework for the protection of pets,” Mitsotakis tweeted before the vote in Parliament.

Last April, Mitsotakis adopted a stray dog and he has since been championing the cause of abandoned pets. “Peanut came into our lives! He chose us when two weeks ago we visited the Ilioupoli Animal Welfare Association on the occasion of the International Day of Stray Animals. Open your arms and save a stray!” he wrote in a post at the time.

Mitsotakis followed the example set by Greece’s President Katerina Sakellaropoulou who officially adopted a stray kitten named Calypso from the island of Karpathos, making the tiny feline the very first stray cat ever adopted by a Greek President while in office.

The new law stipulates that pet abuse will carry stricter fines and will now include acts such as abandonment, shooting, intentional injury and poisoning.

In order to encourage owners to take better care of their pets, the bill introduces incentives by municipalities, such as a reduction in city taxes by up to 10 percent. 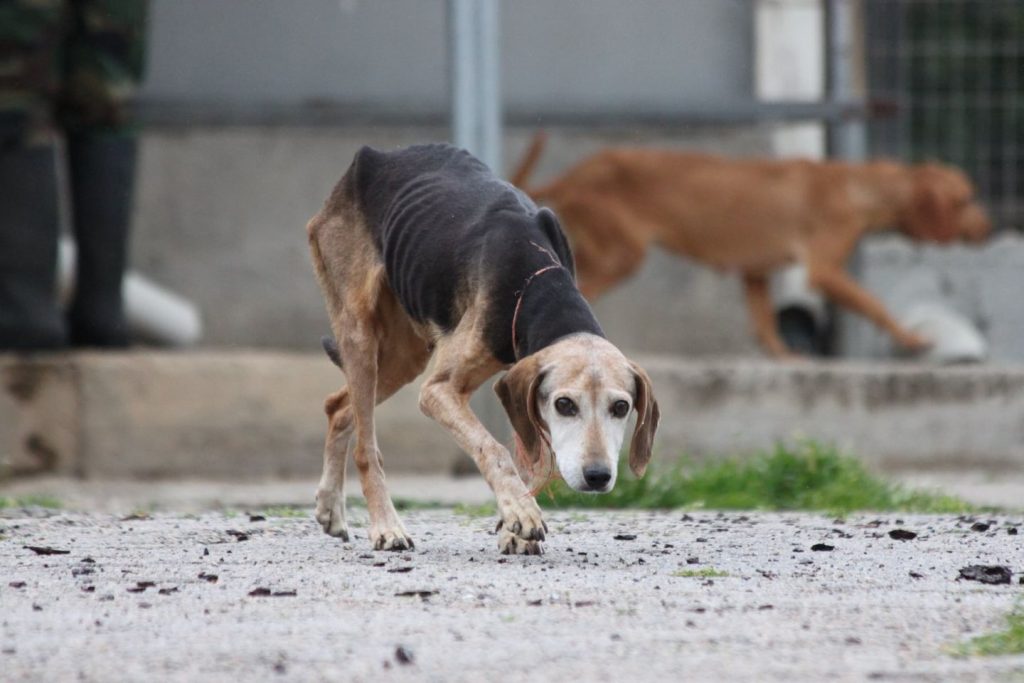 Police in the eastern Peloponnesian city of Sparta have arrested a deputy mayor as part of an investigation into allegations of animal cruelty and neglect at two municipal kennels in the city.

Police also arrested two other people in addition to the deputy mayor, who is a former police officer.

Commenting on the allegations of animal cruelty at the pounds, Civil Protection Minister Takis Theodorikakos said that stray animals deserve the respect of all civilized people, especially the competent authorities. The law is the law and must be obeyed by all, he added.

The police investigation into conditions at the pound followed the filing of a lawsuit by a stray rights and rescue organization over what it described as the inhumane treatment of dozens of dogs.

The suit was accompanied by witness statements and a series of photographs taken by a team from the Save a Greek Stray, a non-governmental organization, during a visit to the site over the weekend.

The team reported seeing the dogs in the pound’s care in an emaciated condition, showing signs of distress and acute illness, chained in small, dirty enclosures.

It also reported seeing at least one dog lying dead at the end of a chain.

Accusing the municipal authority of “criminal negligence,” Save a Greek Stray also requested that all the sick and dying animals be surrendered to its care.